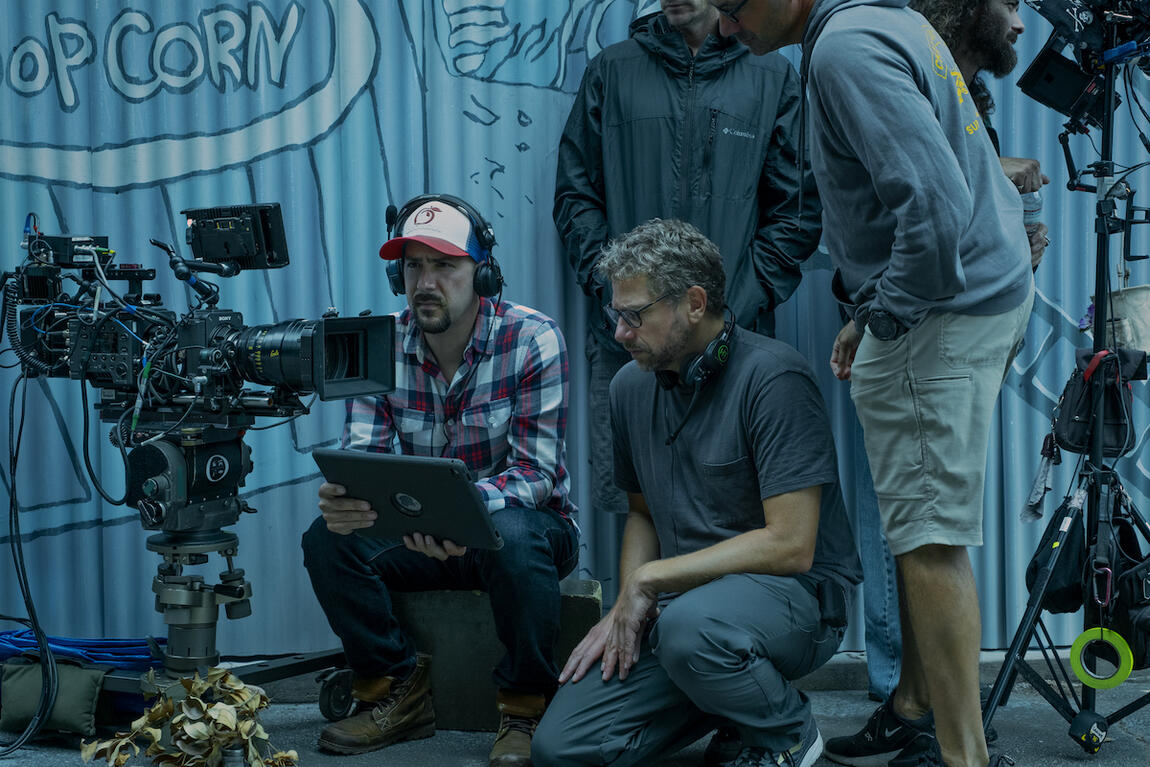 TLS is thrilled to learn that its lenses were used to film season 3 of of Netflix crime drama, Ozark. For the third season, the choice of camera shifted from the Panasonic Varicam to the large-format Sony Venice, paired with Cinescope and TLS Rehoused Leica R lenses, and a TLS rehoused Leica Noctilux 50mm 0.95 lens.

The cinematography choices are explained in an excerpt from ICG Magazine's article 'Devil In The Details':

Season 3’s new tribulations for the Byrde family required Kutchins and Salas to dive ever deeper into the narrative rabbit hole, with full-frame capture and a shallow depth of field proving the best visual track. “Shooting full-frame brings the characters forward in the image,” describes Kutchins, who (at the suggestion of A-camera/Steadicam operator Ben Semanoff, SOC) switched, in Season 3, from the 4K Panasonic VariCam to the 5.7K Sony VENICE. “It’s almost equal to old VistaVision film, where you have these wide landscape shots, yet there is character in it, too,” Kutchins notes. “It manages to be both, simultaneously, and the characters come right into living rooms.”

The Sony VENICE offered Ozark’s directors of photography a much larger capture sensor, but in a small, lightweight body. Semanoff, who also has directed two episodes of Ozark, says he had used VENICE as A-camera/Steadicam operator on the Peter Berg feature Spencer Confidential (shot by Tobias Schliessler, ASC) and loved the form factor along with the Rialto attachment, which allows users to pull off the front block of the camera, essentially making it just a small housing for the sensor that is tethered via a fiber umbilical cable back to the main body to record the data.

“[Guild Director of Photography] Igor Martinovic and I pushed to use VENICE on [the HBO limited series The Outsider] with [actor/director] Jason Bateman,” Semanoff recounts. “I was a huge fan, as it has a great form factor for Steadicam and would facilitate the different locations we were looking at for Season 3 [of Ozark] – on the water, in the woods – some very remote areas. Although the ARRI LF was high on everyone’s list for image quality and color rendition [the ARRI LF Mini was not yet available], the VENICE met a wider range of our concerns.” First AC Liam Sinnott adds that the Rialto accessory “made it possible to put the camera in a multitude of positions you would not be able to achieve with a regular-sized body, even one as small as a RED or ALEXA Mini.”

The Ozark camera team also swapped out its lens package, using a Leica Noctilux and a set of Leica Summicrons and R-series. The Noctilux is a 50-mm lens rehoused from a stills lens by True Lens Services. It opens to a .95 aperture, one of the fastest lenses out there, and it allowed them to shoot in extremely low light situations as well as isolate their characters during daylight exteriors. Switching to a large sensor, with a lens that opened the aperture more than a stop, did increase Sinnott’s challenges as a focus puller, as well as the visual aesthetic. Multiple camera setups required a diopter with whatever camera had a Summicron or Leica R lens to achieve the same shallowness as the Noctilux.

“Ben and Armando are constantly trying to push the look of the show,” First AC Liam Sinnott adds, “be it through shot design, exposure, or depth of field. A lot of the conversations concerning the use of the Noctilux revolved around isolating the characters. They wanted scenes with a single actor in wide shots to separate from the foreground and background and be the only element in focus within the frame. With scenes involving multiple characters, they wanted the ability to detach story beats and use the focus as a storytelling tool.” Kutchins adds that “as the Byrdes further isolate themselves from each other, we wanted to use this lack of depth of field to isolate them visually from one another.”

Salas cites an example from the opening moments of Episode 4 when Marty, having been kidnapped by the drug lord Navarro (Felix Solis) to Mexico, awakens in a dark cell. Shot in a series of three set-ups, “the camera is very close to [Bateman], experiencing the same disorientation that Marty is feeling,” Salas explains. “The background is all abstract shapes and textures, and as Marty gets his bearings, so does the viewer.”

Images and excerpt from ICG Magazine, read the full article over on their website.