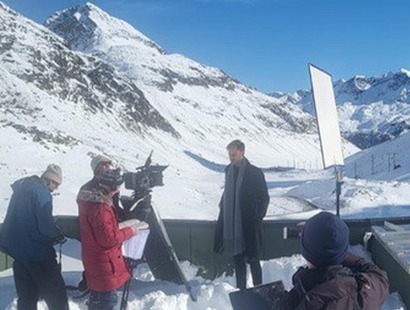 I was approached by John Bridcut of Crux Productions to DP a most unusual project, but first, a short backstory:

Towards the very end of his life, as he was dying of syphilis, the composer Franz Schubert took 24 poems written by the German poet Thomas Muller, and turned them into a song cycle called Winterreise, a Winter’s Journey.

They tell the story of lovelorn man wandering the countryside in the dead of winter, trying to come to terms with the fact that his lover has left him.

All emotions can be found in these songs, and when I first listened to the complete cycle, I was immediately struck by its power, intensity and dazzling variety.

“I think he suggested it to me just before lockdown in March 2020, or maybe the end of 2019. He sent me some pics and immediately I could see what a magical place it could be. He went to see it in summer 2020, and was completely convinced, apart from being nervous about the acoustic. We were hoping to stage it in November 2020, but obviously it had to be put back for a year.

I think the idea of mixing the interiors and exteriors was mine, but either way our imagination for the project seemed to work in sync.  I was captivated by the level of his imagination for what was possible, and for embarking on something new and different, yet being faithful to the music and its intent.  This was not a gimmick, but something powerful and creative.“

Classical music is, in general, massively under represented on television, and it is certainly true the BBC can be accused of not doing enough to popularise this genre. But even by the standards of Classical Music broadcasting, this was a most unusual prospect a 90 minute performance piece recorded on location. God bless the director and his belief in the film and all hail the singer Ben Appl and his pianist the excellent James Bailleu and congratulations to the BBC for taking a punt on a most unusual project. The fact that this was considered such a niche film, meant that the budget was miniscule and as a consequence, we were limited to a 7 day shoot. Even then, all involved needed to do rather more than usual. ‘More with less’ is becoming the new normal.

I travelled to Switzerland one day in September with the director to reach the location. We drove 3 hours from Zurich airport towards St Moritz through the most staggering scenery, and eventually arrived at the top of the Julier Pass and there it was, a completely absurd red hexagonal tower, in the middle of what is receding glacier, surrounded by snow capped mountains on all sides. Inside it was even stranger, a circular stage suspended by hydraulic chains that could be elevated through 4 different levels, with tiered seating on each of the 4 floors. First thing I noticed was the 6 enormous windows on each level that filled the interior which would be impossible to control.

We decided to shoot the project Full Frame on my Sony Venice, so I set about researching Full Frame Prime lenses. Through my contacts at CVP, I was made aware of the TLS Vega Full Frame Primes. Gerard Botha said I was welcome to come and test them, which I duly did. I spent a couple of hours testing a variety of FF Prime sets, some extremely expensive, others not so, but I kept coming back to the gentle look of the Vegas and decided these were worth exploring further. They only had 3 on their shelves, the 24mm T1.5, the 50mm T1.5 and the 85mm T1.5. The first thing I needed to do, was to see how extensive the range was. I wrote to Gavin Whitehurst, MD of TLS and explained a little about the project we were planning. Without hesitation he said he would consider making an entire set available for the duration of the shoot. 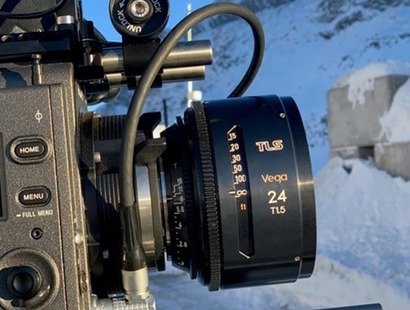 A month later, an enormous box of 7 lenses arrived on my doorstep. I really was like a kid in a candy store, and very slowly, I carefully unpacked them. I had been gifted the following:

I arrived in Switzerland with Ben Crossley, my AC, and we had a full days prep before we started to shoot. Ben marked them all up on the focus rings, and we had every lens on and off many times that day. We pointed them into the many windows and looked at the flares they produced.. We shone lights into them from different angles, we opened them up to 1.5 and looked at the fall off on the edges, we over exposed them and under exposed them, a day of real testing and then we were off the next morning!

The thing to say about these lenses, is that they are quite exceptional in pretty much all departments. I was continually amazed by the way they performed throughout the week. We shot at breakneck speed, in some extremely challenging situations. We simply did not have the lighting firepower to overwhelm the natural light from the windows, but through careful selection of some powerful fixtures with the gaffer Alex and his extremely capable spark Roman, we ushered the lenses through the first 4 days of interiors. Really beautiful skin tones, extremely gentle fall of at the edges across the range and really fabulous bokeh as a result of the 16 blade iris design. Both Ben and I were amazed at the gentleness of the image and the very organic way the focus simply rolled in or out rather than snapping. The Venice and the Vegas also dealt really beautifully with highlights. One particular shot really worried me, but I needn’t have been concerned, because in the edit it became clear that the lenses were seriously forgiving. This was the 58mm, by which we were both a little puzzled, but quite serendipitously, this became our most used lens of the set. During the daylight hours, we shot mostly around T2.8, but pushed that to T2 as the sun went down, it was dark by 4.30pm!

I felt totally vindicated by my choice of lenses, but the shoot had only just started, we still had 3 days of exteriors to shoot, and the temperature had plummeted to -10C. I had not expected to shoot in such extremes, and had therefore not asked them to ‘winterize’ the lenses. If I’m honest, I was rather concerned at the prospect that we had to take Ben Appl outside in the driving snow and film him singing to playback, but both the TLS Morpheus 80-200 T2.8 zoom and the Vegas did not miss a beat, their performance was flawless, not with standing the strictures of the cold, wind ,snow and ice, the pictures in the edit were so lovely to behold.

As the edit progresses, I will no doubt be seeing more and learning more about these lenses, but for now, I am so amazed by their performance. They were just a delight to work, with in every way, and I feel so grateful to have been afforded the opportunity to shoot this project using such gorgeous glass

The final production is now available to watch here https://www.bbc.co.uk/iplayer/episode/m0012twd/winter-journey-schuberts-winterreise

Find out more about the TLS lenses -

Products relating to this Case Study 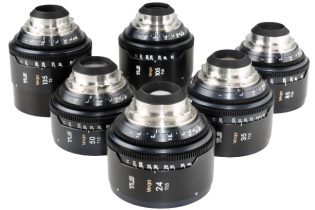 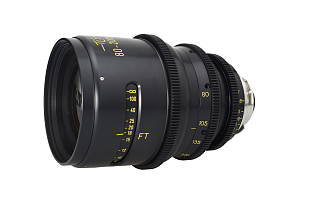