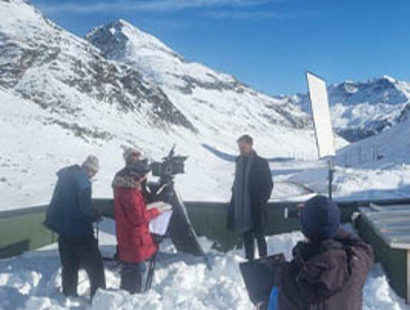 The filming production was located in the deep mountains of Switzerland, within the Albula Alps, in the Julier Pass, so you can imagine the temperatures and the environment that the filming equipment had to cope with, especially the TLS lenses, they were truly tested and we are proud to say that the TLS lenses did not disappoint. The production was completed in just seven days without any problems or delays.

Read the full story here, where Jonathan tells the story in much detail and talks about how the lenses were such a benefit to their production.

The finished production aired on February 27th, on BBC4, which can be viewed on BBC iPlayer https://www.bbc.co.uk/iplayer/episode/m0012twd/winter-journey-schuberts-winterreise